29 Nov What I learned from being on live TV

Posted at 15:35h in Uncategorized by Claire Brewster
0 Likes
Share 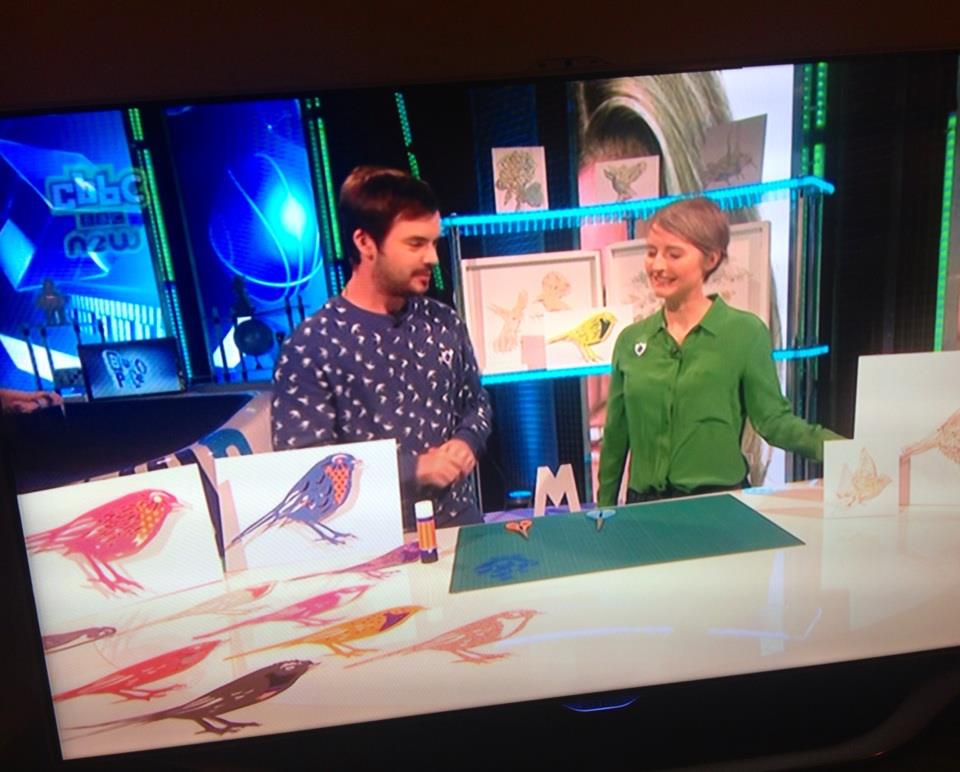 I was asked to do a demonstration of simple paper cutting on Blue Peter (which for anyone who doesn’t know is one of the longest running children’s tv shows in the UK, it started in the late 1950’s and everyone used to watch it and I mean everyone, it doesn’t quite have the reach now, but it has serious TV heritage) as they were doing a piece on the First Cut exhibition.

It was an honour to be asked by the curators at Manchester Art gallery and I said yes, mostly for the my 10 year old self that would have loved to have been on the show and because I’m always up for new experiences and this certainly was a new experience.

The show is broadcast live, yes LIVE! Which did send me into a bit of a spin for a while

And here is what I learned from the experience

that it is important to put yourself in  places where you will be vulnerable and highly visible.

that the benefits of saying yes to new experiences or opportunities that seem scary far out way any downsides that there might be.

that people in TV are very focussed and good at being in the now. I am in awe of the presenters, who presented all their pieces to camera with no autocue, they learnt all the information and ad libbed, and made it seem to easy and natural.

that I can rock it when I need to, I don’t have to be the shy, nice girl, I can be professional and confident and competent

that there is so much I can take away from this and I feel very grateful for being given the opportunity to do something like this.  I love that my chosen career opens up doors for me that I didn’t know I wanted opened or that I even knew existed

I also feel proud of myself for saying yes to something that a year ago I would probably run a mile from.  I put a lot of this down to a course I did with Tara Mohr, called Playing Big, check it out here.  She is a great teacher and leader.

I’d love to hear about any experiences you have had that have taken you out of your comfort zone.

And for anyone who want’s to see me (UK only I think), here is the link to the show.  It’s available until 1 December.