Posted at 10:59h in Uncategorized by Claire Brewster
0 Likes
Share

So for part 2 of my paper cutting journey

Somehow from all the collages I had been making it seemed a natural extension to start cutting out a pattern from the map rather than painting it on (the map).

I then started making some more and as I had an exhibition that I had to make work for, it seemed a good opportunity to show them (I seem to remember cutting them over Christmas as the exhibition was in early January).

These cut outs were made from full pages of an atlas and were based on Japanese patterns.

The exhibition was called ‘The Beautiful and the Useless’, it took place in January 2003 at Standpoint Gallery in London.  It was a 2 person show, the other artist was Nik Ramage who makes amazing machines that are inherently useless.  I exhibited a mixture of collages and some cut outs.  It was the first time I had shown them in public.

Of all the work that I exhibited the cut outs got the most attention and I was lucky enough to sell most of them during the exhibition.

Unfortunately the photos I had taken are not brilliant but you can get an idea of what they looked like. 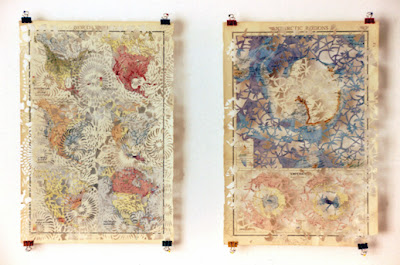 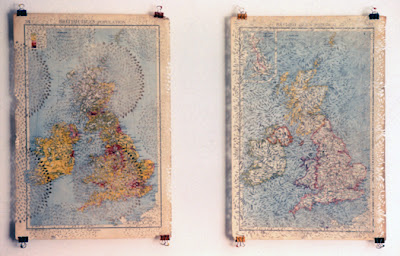 I hadn’t worked out how to display them at this point, so used small clips and pins.

I haven’t made more many more of these, though I would like to as looking at them now they look very beautiful and can’t quite believe that I drew the pattern on the front and cut them out rather than tracing it out and sticking it on the back, which I do now.  I’m thinking that I would quite like to make some more pieces like this, will have to see what happens.

I moved on from these full page cut outs to flowers.

And then on to the birds, here are a selection of the early ones I made, which were the beginning of the real bird obsession. 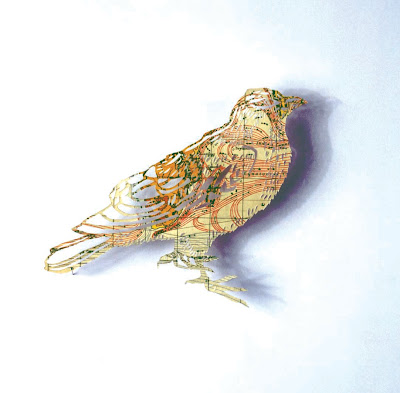 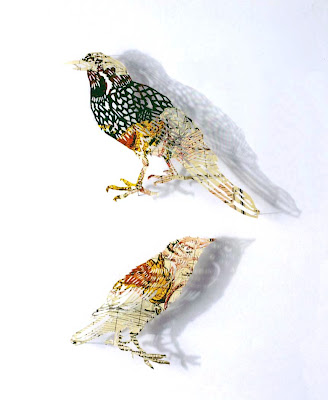 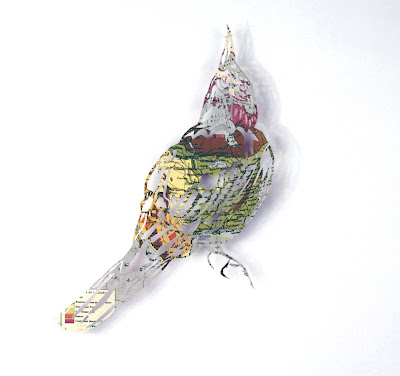 Next time I’ll show some other early pieces that haven’t been seen in a while. 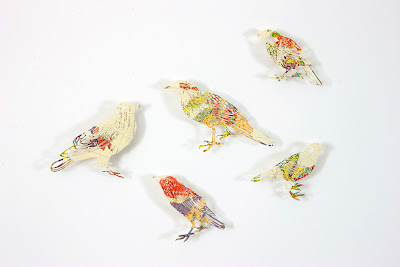